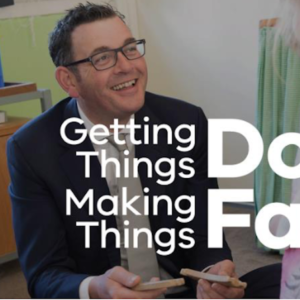 We are pleased to share the news that Her Place Women's Museum has received further funding from the State Government.

On Tuesday 17 April 2018, the State Government released the following news:

The Andrews Labor Government is celebrating the social, civic and entrepreneurial achievements of all Australian women and their role in shaping the nation.

Minister for Women Natalie Hutchins today announced $60,000 in funding to Her Place Women’s MuseumAustralia after visiting the Chinese Museum of Women and Children in Beijing.

Since 2016 Her Place has toured six successful pop up exhibitions across Victoria. The exhibitions showcased the lives of 25 Victorian women from diverse backgrounds, attracting 9,000 visitors from across the state.

The work was supported with $330,000 in seed funding from the Labor Government and there will be additional funding for another regional pop up exhibition.

Run by a small team of staff and volunteers, the museum is an attraction for visitors to the state.

Ms Hutchins is currently in China hosting a trade delegation of Victorian women. The trade mission is promoting the export potential of women-owned businesses from Victoria to China.

It is the first time a trade delegation from the state has been made up completely of women. The historic delegation addresses the under-representation of women in Victoria’s international trade industry.

Both the delegation and support for Her Place are initiatives under Safe and Strong, Victoria’s first gender equality strategy.