Her Place Women’s Museum Australia mourns the death of Fiona Richardson, Victoria’s Minister for Women and Australia’s first Minister for the Prevention of Family Violence.

Fiona played a key role in delivering Victoria’s response to the historic Royal Commission into Domestic Violence. She gave the victims of family violence a voice and bravely revealed her own experience with family violence on the ABC’s Australian Story last year.

Fiona was a great supporter of Her Place Women’s Museum Australia and wrote in an Age opinion piece:

‘The lack of women represented in our statues and public space shows how we fail to recognise, respect and pay tribute to women’s achievements. It shows women are not expected to take up their equal share of public space.’

She found time in her hugely busy schedule to launch both Her Place’s Pop-up exhibition at the Melbourne Town Hall in 2016 and our Women in the West exhibition in March 2017, giving witty and perceptive speeches at both. She will be missed. 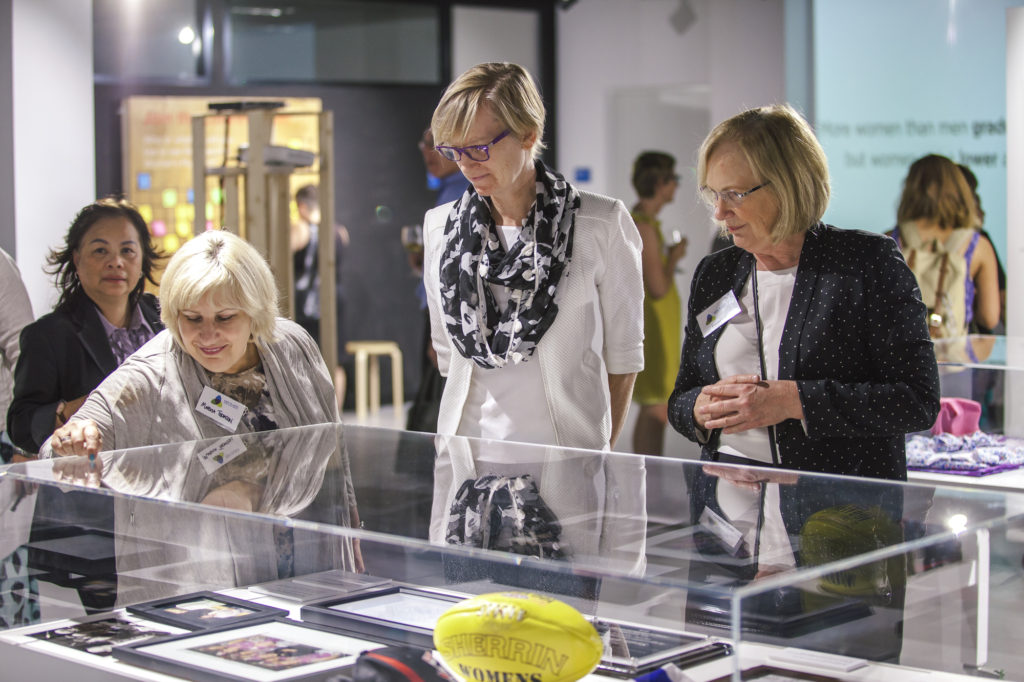