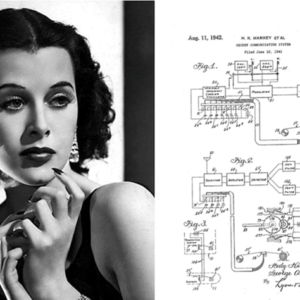 Here are 15 important inventions you never knew were invented by women...

We all owe our thanks to Margaret A Wilcox who invented the car heater in 1893.

This popular board game was designed by Elizabeth Magie in 1904.

It was originally called the Landlord’s Game.

The purpose of this game was to expose the injustices of unchecked capitalism.

Her game was ripped off by Charles Darrow who sold it to Parker Brothers 30 years later.

However Parker Brothers later paid Elizabeth $500 for her game. Gee Thanks!

The fire escape was invented by Anna Connelly in 1887.

The life saving life raft was invented by Maria Beasely in 1882. (Maria also invented a machine that makes barrels).

Solar heating for residential housing was invented by Dr Maria Telkes in 1947.

Dr. Telkes was a Psychiatrist in addition to being a  Solar-Power Pioneer.

The medical syringe, which could be operated with only one hand, was invented by a woman by the name of

The electric refrigerator was invented by Florence Parpart in 1914.

(Florence also invented an improved street cleaning machine in addition to the refrigerator).

The ice cream maker was invented by a woman named Nancy Johnson in 1843.

In fact her notes were key to helping Alan Turing’s work on the first modern computers in the 1940s.

Some of the Telecommunication Technology developed by Dr Shirley Jackson include portable fax,

The Dishwasher was invented by Josephine Cochrane in 1887.

Ahead of her times, she marketed her machine to hotel owners and opened her own factory without the help of a man.

This technology also paved the way for everything from Wi-Fi to GPS.

Marie Van Brittan Brown invented CCTV in 1969 because of the slow response of police officers,

to help people ensure their own security.

Alice Parker’s invention in 1919 of a gas powered central heater was never manufactured.

Her idea was the first that allowed for using natural gas to heat a home,

She was also a rear admiral in the U.S. navy and the first person to use the term “bug” in reference to a glitch

in a computer system, when she literally found a bug (moth) causing problems with her computer.

So who said it's a man's world?