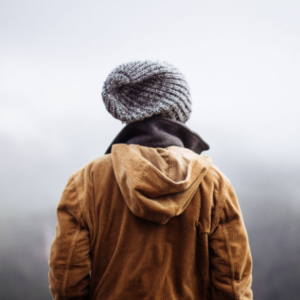 Opinion. By Joanne O’Callaghan, Board Member, Her Place

Photo: Meet Sarah, a 67-year-old university educated woman. Sarah has worked all her life until her retirement four years ago. She worked part time for 10 years of her career while her two children were in primary school. Sarah once owned a home, and a car. After exhausting her retirement savings, Sarah moved to a caravan park. She has a credit card debt of $16,000, after paying down debt and rent, she has a meagre $30 per day to live on. When the weather is cold, she travels to a public library, one hour away by bus, where she can keep warm and enjoy reading books she once used in teaching her English literature students.

Our Australian mothers, sisters, and daughters are retiring with less - 24-47% less in retirement savings - depending on the research report. Regardless of the precise number, it’s significant. And, it is a pervasive issue. This is not a “women’s issue”. This is an issue for all in our society. A failure to provide equitable outcomes for women raises significant concerns about poverty and financial hardship in retirement. Older women are now the fastest growing cohort of homeless people in our country.

Australia’s well regarded superannuation regime was not designed to discriminate against women, but this is a clear outcome. Australia’s retirement system is consistently delivering significantly lower retirement savings for women.

What has caused the gender superannuation gap?

Two of the largest factors impacting retirement income is how long you have been in the workforce and how much you have been paid.

But there are also others, let’s take a look at the issues.

Today the gender pay gap in Australia is 16%. If you earn less, you accumulate less superannuation, and retire with smaller savings.
Across many industries men occupy more leadership and senior level positions that are more highly paid.

2. Parental leave and caring for others

Parental leave and caring responsibilities are a handicap when it comes to retirement savings. When women take time away from the workforce to become a parent, to care for children, or care for others, their superannuation contributions are impacted.

Women are more likely to be engaged in part-time and casual work. This also contributes to the gender gap in retirement savings. While more women continue to seek part time and casual work, it will adversely impact their super balances. For women working a 4-day week, the impact is 20% lower compulsory superannuation payments.

While the participation rate of women in the workforce has increased over the past 10 years, women are more likely to take extended career breaks of a year or more to care for children or others. Women are often out of the workforce for several years. Childcare costs are expensive and a barrier to workforce participation, especially for families of 2 or more children.

The system is manifestly flawed.

The superannuation system is inequitable. It fails to adequately consider women’s circumstances. This is a design flaw. It is unrealistic to expect the superannuation gender gap can be reduced without interventions that target women.

We simply cannot cheer on women to top-up their superannuation balances. We cannot ask women who are paid less to find a way to make up the difference due to poor system design. Superannuation is a workplace entitlement, to address inequality specific remedial approaches are required for women.

Could transparency and disclosure play a role in closing the superannuation gender gap?

Greater transparency from employers across a range of workplace topics has been highly constructive in helping to identify gender issues, measure progress and bring gender topics into boardroom conversations.
Would it not be beneficial for employers to share data on the gap in superannuation payments paid to men and women? Releasing this data would shine a light on the current differences in a way that would be more meaningful to people today than citing statistics at the point of retirement.

There have been limited employer interventions to date to reduce the superannuation gender gap.

Last year the Victorian Government put forward a submission to a Federal Government review of Australia's retirement system that all employers should be allowed to make higher super contributions for their female workers to help bridge the gap in super balances between men and women.

Currently, an exemption from the Sex Discrimination Act 1984 is required for employers to pay higher super contributions to women. (Exemptions from the Act are regularly sought for a range of reasons e.g., to achieve gender balances at co-ed private schools).

The RightNow Women’s Superannuation Supplement is a ‘supplement’ to address the undeniable deficit women now face and ‘right now’ because it is needed right now to help narrow a gap that is likely to persist for the next 20 years it there are no interventions to address this.

What does this supplement offer?

The gender pay gap is a significant contributor to the problem and we need to address that also - but it won’t happen quickly. Women working full-time today earn 16 per cent less than men. And the principle of "equal pay for equal work" was introduced in Australia in 1969, we are still working toward that goal.

Others may have a view that paying women more super will impact hiring practices. Looking at other equality actions there is no evidence that the requirement to provide parental leave has deterred employers from hiring women. It follows that this measure would not impact hiring practices in any substantive way.

The legislated rise in the superannuation guarantee from 10% to 12% will help all of us in retirement.

Increasing the compulsory superannuation guarantee for all will not reduce the gender superannuation balance gap - it will benefit the retirement incomes of men more than women.
It’s time to move away from a system that fails women. This is an opportunity for gender equality leadership.

Women are less than equal in retirement. Strong, meaningful measures are needed to urgently bolster women’s superannuation balances. Intervention is the only means to make a meaningful impact and divert us from a failing system. Employers can lead, the timing is right.

The RightNow Women’s Superannuation Supplement is one measure that could well create a ripple across the Australian business community.

The gender superannuation gap is not a “women’s” issue, it is a societal issue.

A summary of recent measures to support women in retirement were published in the Women’s Economic Security Statement 2020 published by the Department of Prime Minister and Cabinet. In the 2021-22 Budget the government removed the $450 per month threshold under which employers do not have to pay the superannuation guarantee. This reform will assist people with lower incomes, particularly women. This is a positive intervention, that took many years of lobbying to be achieved.

Senate Inquiry into economic security for women in retirement was conducted by a Senate Economics References Committee in 2015-16. The Government agreed to ONLY 1 of 19 recommendations.
The aim of the Inquiry was to identify and address the causes of gender inequality in Australian retirement incomes. There were 19 recommendations.

You can read the Government response to each recommendation here.